Selma, N.C. — A mother has died from injuries sustained after getting an arm trapped in an industrial bread machine at Azteca Market in Selma on Tuesday.

Vicki Lopez, 44, was an employee at the market. Lopez was cleaning the machine when she became trapped. She was trapped for almost 90 minutes while crews tried to rescue her.

Phillip McDaniel, Selma fire chief, said that it took “small tools” to execute the “tedious rescue” that released her.

Once she was freed, she was taken by helicopter to Duke University Hospital, where she entered emergency surgery to try and save her arm. Tragically, she succumbed to her injuries.

Her daughter Miriam Amado-Lopez wrote a tribute to her mother on Facebook, writing, “My mom is the best mother a girl could have. She taught me resilience, the importance of hard work, and she showed me what true love felt like. From a young age my mom did not have the easiest life. She started working at a young age to help support her family and eventually decided to travel hundreds of thousands of miles to try to give her family a better chance at a good life.”

She described her mother as kind, funny, silly, beautiful — and a hard-working provider who was the backbone of the family.

Now, loved ones and the community are pulling together to help support Lopez’ family during the difficult time. So far, donors have raised over $2.000 on a GoFundMe for the family.

Amado-Lopez shared her gratitude, writing, “The proceeds will go for funeral expenses and any other related costs for my mothers arrangement. Thank you all for the your support. I have always said and believed that community is so important and vital and I have never been more grateful than now.” 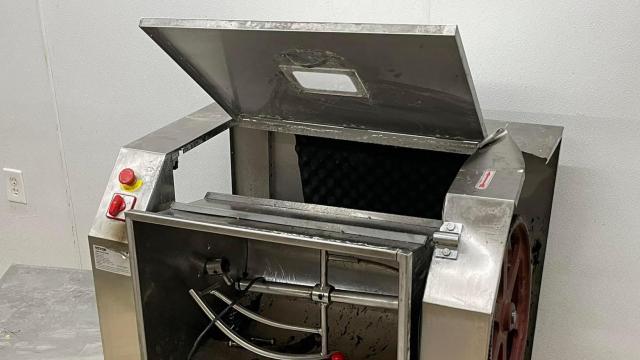 Representatives of the state Occupational Safety and Health Division were in and out of the store after Lopez’s injury, a process they called standard procedure when an injury this serious occurs in a work place.

McDaniel said one concern was that it appeared the machine remained powered on while Lopez tried to clean it.