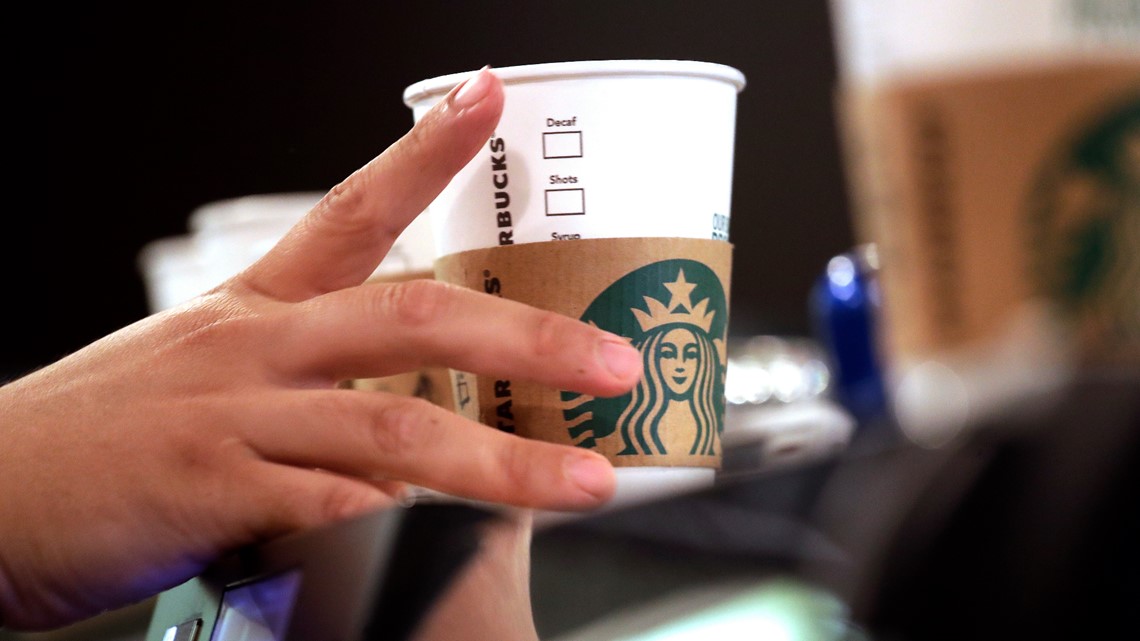 He opened the lid and saw a blue chemical solution, which Starbucks later determined to be a cleaner for coffee machines, according to the lawsuit.

GREENWICH, Conn. — Starbucks is facing a recklessness and negligence lawsuit after a Connecticut man suffered injuries from drinking a cleaning solution put into his coffee cup at a Greenwich location last August.

The lawsuit claims Mathew Mitchell visited a Starbucks location in Greenwich on August 30, 2021, and ordered a hot black coffee. He was handed a coffee cup with a lid, which felt hot from the outside of the cup.

Mitchell realized he did not taste coffee when he took a “gulp,” the lawsuit claims. He opened the lid and saw a blue chemical solution, which Starbucks later determined to be a cleaner for coffee machines, according to the lawsuit.

Mitchell said he suffered serious injuries and emotional distress. He felt a burning sensation in his mouth, throat, and stomach, and had problems breathing. He also became ill with severe dizziness and nausea.

Mitchell told the store manager and they admitted to him it was the error of a “new employee.” He also filed a complaint with Starbucks.

The Greenwich store, at the time, would place an upside-down cup at the brewer to let baristas know when the machine was being cleaned. The lawsuit says this method is not enough to alert baristas when substances other than coffee are in the brewer, calling it “recklessly dangerous.”

The lawsuit cites similar past incidents that ended up in court, including incidents in 2015 and 2012 in which two Starbucks customers were “poisoned” and suffered serious injuries.

“Our baristas take great care in crafting beverages, and we have extensive processes and protocols in place to maintain a safe experience for our baristas and customers,” a representative from Starbucks told FOX61 after reaching out for comment Monday. “This is an obligation we take very seriously, and we intend to vigorously defend against any claims that state otherwise.”

Leah Myers is a digital content producer at FOX61 News. She can be reached at [email protected]

Have a story idea or something on your mind you want to share? We want to hear from you! Email us at [email protected]

HERE ARE MORE WAYS TO GET FOX61 NEWS

Stream Live on ROKU: Add the channel from the ROKU store or by searching FOX61.