There are some incredible desserts coming out of local restaurant kitchens, almost edible works of art. There’s just one problem: We’re usually too full from the meal to order one.

There is however a solution to this dessert dilemma, thanks to Helen Keller who said, “Life is short and unpredictable. Eat the dessert first.”

We can even go one step further, instead of going out to dinner make it a dessert date. The thing you have to figure out is where to go first. I recently did a little research on this and though I didn’t eat every dessert in town, I managed quite a few (with a little help from my friends).

Among the things I learned is that there is no shortage of creative desserts here, most made in-house. There are cakes, puddings, custards and pies. The most popular? Cakes.

This is by no means a complete list but it may give you a few ideas and suggestions :

The Crepe Cake at Bleu Duck (14 4th St.). This is a masterpiece of desert creativity with 16-18 house-made crepes, each layer covered with a light filling of whipped mascarpone flavored with sea salt and caramel.

The flavorings change from time to time. According to co-owner Jenny Lester, coming up is strawberry, then maybe chocolate and possibly a citrus of some sort. A portion is quite generous and easily shared. Though it looks as if it might be very rich, it isn’t and instead tastes light, not overly sweet, even fluffy. You might also choose from a chocolate cake roll or a Key lime cake. These confections are all created and baked by Midori of Patisserie M, part of the restaurant’s culinary team.

Then there is the Irish Cake, a specialty at Prescott’s (1201 Broadway Ave. S). As owner Chef Chris Rohe explained, “This has been a dessert we’ve baked for years around St. Patrick’s Day. However, we were getting so many requests for it we decided to add it to the menu. It’s one of our best sellers.”

Baked by long-time pastry chef Paige, this three-layer chocolate cake uses Guinness as the liquid in the batter. The whipped cream frosting is flavored with Bailey’s Irish Cream and Jameson whiskey, making it very Irish. The flavors were subtle, worked well together, nothing over-powering like alcohol flavoring can sometimes be. If he has it, the Baked Alaska is also worth ordering. A big dessert, perfect for sharing.

When the Hubbell House (502 N. Main St., Mantorville) re-opened I worried the bread pudding might be off the menu, I ventured out. There it was, Pappy’s Famous Bread Pudding with caramel sauce.

The original recipe is from great-grandmother Mary Pappas and has barely changed over the years. Still their best seller, there are layers of bread soaked with milk, cinnamon, raisins and topped with the original in-house caramel sauce. The pudding is dense and the sauce complements it perfectly. As Alaina Pappas-Mitchells said, “Pappy’s Bread Pudding is to the Hubbell House what Bunny’s Cake is to the Canadian Honker.” (Which is also on the dessert menu.)

After hearing the intriguing story behind the $10,000 Coconut Cake at Crave (220 Broadway Ave. S.), you’ll definitely want a slice.

The dessert comes from a recipe that originally belonged to a husband and wife team who owned a bakery in Minneapolis. They divorced and the recipe was a big issue in the settlement. Crave bought it for $10,000. The recipe now belongs to the eatery and is made in-house. Trust me, it was worth every cent. Lightly flavored and moist, not too sweet, and with a heavenly coconut frosting – similar to 7-minute frosting – a customer favorite. Even if you’re not a fan of coconut, you’ll like this.

Other dessert dates might include Chester’s Banana Cream Pie, or their dessert flight which includes servings of ice cream, banana cream pie, chocolate cake and bread pudding. Terza too has its Tiramsu and/or the chocolate almond torte. Chesters is at 111 Broadway Ave. S. in Shops at University Square, Terza at 30 3rd St. SE. 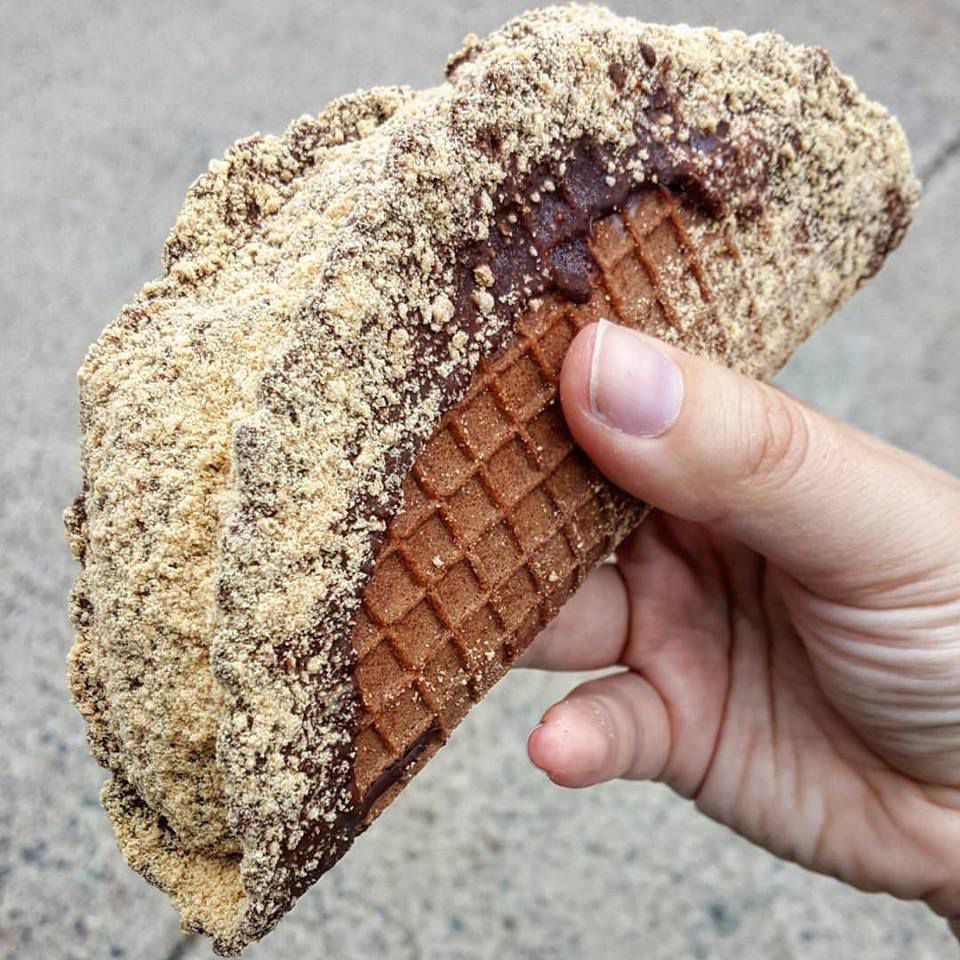