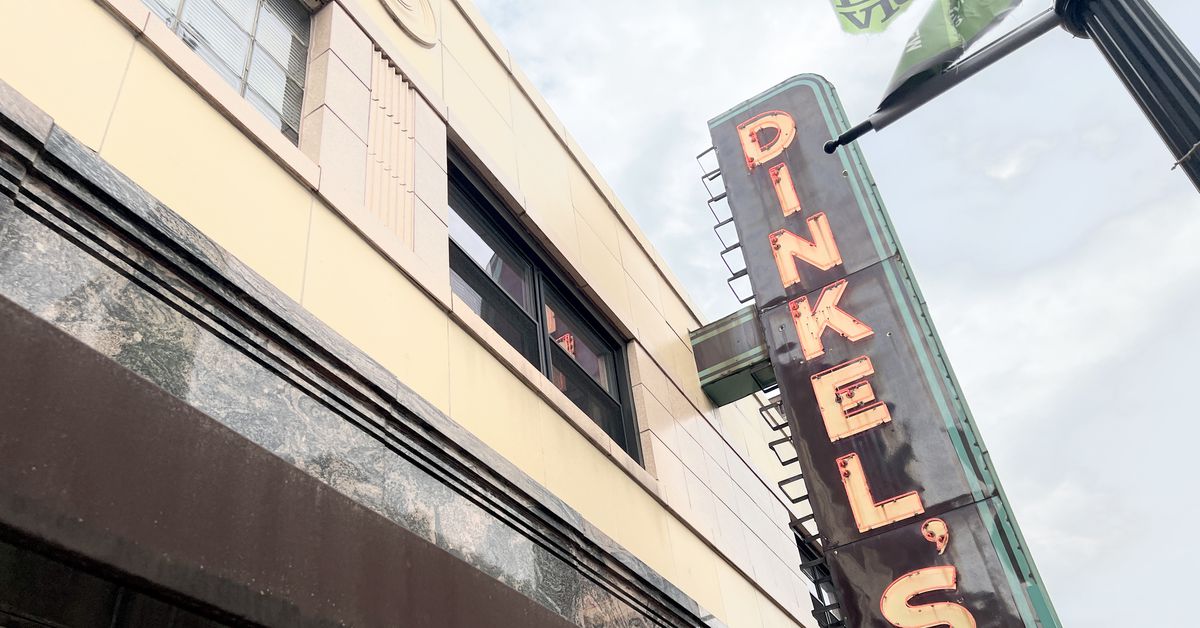 Fans of Dinkel’s Bakery have only until the end of April to visit the 101-year-old landmark. The bakery’s owners put up a sign declaring the North Side landmark will close on Saturday, April 30. On a day when Michelin released its vaunted star ratings, the bakery’s pending closure is what many Chicagoans will remember the most.

Fourth-generation owner Luke Karl says he didn’t want to close, but it’s simply time to flip a new page. After the bakery closes, he’ll auction off the kitchen equipment. He’s not sure if he’ll remain in Chicago — his children no longer live in the area.

“You can make a lot of dough, but not a lot of money,” says Karl, who posted the closing sign on Tuesday morning. He says he didn’t expect to see the four TV camera crews crowd into his bakery by the afternoon along with a flock of sad customers. Karl says Dinkel’s specializes in selling nostalgia and escapism, to help customers forget about stressful work days and negative news headlines with a bite of a frosted cupcake or a nibble of sugar cookie. Generations have ordered birthday cakes and other special occasion desserts from Dinkel’s. At one time, Karl says he considered opening other locations, but the original bakery on the border of Lakeview and Roscoe Village remained successful , and though it’s closing, Karl says the formula could continue to see success.

“Well, they’re a lot of sad people around Chicago today,” he says. “One hundred and one years is a good run.”

Dinkel’s was founded in 1922 by Joseph K. Dinkel, an immigrant from Bavaria who was descended from a long line of master bakers. In the early years, Joseph did all the baking while his wife, Antonie, handled the selling. In 1932, Dinkel’s moved into its current location on Lincoln Avenue, and the couple’s son, Norman, began working in the bakery as well. In the 1970s, Norman’s son, Norman Jr., took over; he still owns the place, but it’s managed by his son-in-law — Karl — who grew up in his own family’s bakery in Kansas City. Karl credits his grandmother with the bakery’s success at its current location and says she was a visionary, making the space wheelchair accessible years before the federal ADA mandate.

The bakery was also among the first in the city to experiment with cholesterol-free baking with raisin bran muffins due to an egg shortage during World War II. In 1960, Norman Sr. sold the bakery’s secret recipe for cream cheesecake to Beatrice Foods, which resulted in a lawsuit a decade later when Norman Sr. felt the corporation was not marketing the cake properly.

In the 1980s, Dinkel’s began a thriving mail-order business with its stollen and strudels, and in 2013, it expanded its cafe and began selling bread and sandwiches for the first time in its history. It also began selling pastry wholesale to local supermarkets. But the pandemic was hard on the bakery: it saw a loss of walk-in traffic, and a winter storm put a damper on Paczki Day, traditionally one of the biggest sales days of the year. This winter was also hard, Karl told Eater in March; the bakery was suffering through staffing and supply chain shortage and paczki pre-orders were slow. The mail-order business is the reason behind the timing of closure, Karl says. Normally, the bakery would have to ramp up production in June and July to sustain the operation for the rest of the year. This provides a natural coda for Dinkel’s epic run.

Last year, Norman Jr. put the bakery building up for sale. He told the Sun-Times at the time that the storefront location on a busy street without a parking lot wasn’t as conducive to business as it was 30 years ago when there was more of a pedestrian culture in the neighborhood and that he hoped to continue in a smaller space with a drive-thru or convert the bakery into an entirely mail-order operation. “I think the bakery is selling more than baked goods,” he said. “We’re selling stability in a very unstable world.”

Dinkel’s would be part of a line of venerable Chicago-area bakeries that have closed in recent years. The nearly century-old Gladstone Bakery in Elk Grove Village shuttered in February and the Swedish Bakery shut down in 2017 after 88 years in Andersonville. Bridgeport Bakery closed in 2019 but was revived by a neighbor the following year. Karl complimented his colleagues, saying its wonderful to have a community to bounce ideas off of: “Chicago has a lot of wonderful bakeries out there and it’s fun to able to talk shop.”

Karl says he’s not sure of what he’ll do with the family recipes. For instance, their chocolate chip cookies is made from 600 pounds of dough. It’s hard too scale that down for the home baker: “We’ll hang on to those recipes for now,” he says.

The pandemic provided the latest challenge for Dinkel’s to endure. Changes in American lifestyles, including a quicker pace that made fast food more attractive and an obsession with healthy food and diets, also presented obstacles.